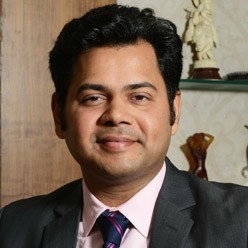 What prompted you to embark on the IT transformation journey?

As a company, Skipper Limited has seen tremendous growth over the past decade. From a topline of just about 120 crores in the year 2007 to over 1450 crores in 2017, the company has added tremendously to its basket of products, its manpower strength, its operational locations as well as its business processes.

Skipper implemented SAP in the year 2011 – 2012, and this has transformed Skipper’s working to quite a large extent. Some of the areas which have been impacted are:

While due credit must be given to Skipper’s fantastic workforce, this journey would have been very difficult without having a strong ERP such as SAP in place. It is also heartening to know that the scalability of SAP will allow Skipper to continue on the platform even during its next phase of growth, into the future.