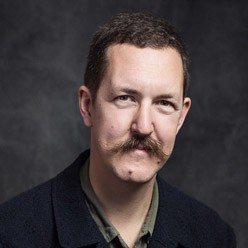 A few years back the Chinese-made hover boards became very popular Christmas gifts in New York. It went on becoming popular, till its popularity exploded. That’s right! The boom in sales exploded because people got tired of it. But why was it popular? Because this was a robot who could carry a 96kg man up and down across the street. And that was a great thing to have. This is how slowly technology became a part of our lives.

In the 1960s, ’70s and ’80s, the one thing that young people wanted more than ever was to own a car. But if you ask the young people in America what is that one thing they want most today, they will unanimously say a smart phone first and second, data for their smart phone. The car is probably now 10th on their list. Coming back to lined scooters, these are basically robots. These days you will also find robots following people around in New York. One of them is my daughter who is a toddler. Now these robots or lined scooters not just follow you around, they also carry your shopping while they follow you. That is where technology becomes relatable.

Artificial Intelligence (AI) is the next best thing. But we have to know how disruptive AI is. You must remember what you think is normal isn’t new. What’s new will never be normal! According to experts, it takes a human being 10,000 hours of practice to be good at something. So, how to be sensibly online in a productive manner is something one will require to learn with practice.

Another notion needs to be broken. Innovation is not Messianic! No matter which part of the world I go, the authorities expect some young man to come out from the deserts with a laptop in hand and build another Facebook which will earn billions for the government! What they don’t understand is the fact you have to build the right environment for something great to happen. Silicon Valley was not made in one day. You need the right kind of offices, arrange community funding, government funding, educational and skill training. So the work cannot be done by a Messiah, it’s a gang!

There are no speakers on this topic