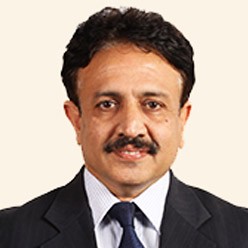 Is ‘Integrate. Converge. Transform’ - The New Mantra for CIO Success?

SREI has been going digital in phases since 2010. Over the last two years, we have started cloud storage. IT infrastructure was developed, data centres were virtualized and the digital transformation has given us unlimited possibilities. A few years ago we were handling five to six projects whereas we are now handling 35.

To Disrupt or to be Disrupted?